Messages from the club members

How I Fell in Love with English Debate

I'm in love. I can't stop thinking about debate day and night. Just ten months ago, before I joined the English club, I had no knowledge of debating and how wonderful it was. But encountering English debate on that warm April day has changed my life completely.

One of the reasons why debate is so appealing is the presents it gave me, new pairs of glasses to view the world through. Not after I started to debate did I realize the hidden problems in the society and contradictory opinions on these issues. For example, this year's topic was on basic income, so I got to learn a lot about social security system and poverty. Before then, I did not know that there were serious poverty problems hidden within the Japanese society, or that many Japanese people criticized the public assistance recipients. But now that I’ve learned a lot about this topic and received a new pair of glasses, I know for example that these criticisms are mostly false but partly true in that the Japanese social security system has strict criteria that keep the poor away but also too-preferential treatment for those who were lucky enough to pass the qualification tests. Now I have my own ideas on how to fix this problem considering opinions from different people in the society. Like this, debate has allowed me to look at facts and opinions with critical eyes and to form my own ideas.

Moreover, my debate has introduced me to people who would soon become my best teammates and friends. Teammates at my school welcomed me warmly when I joined the English club and helped me feel comfortable. As we practiced debating and did research on this year’s topic, we not only developed shared ideas but also learned to evaluate each other’s ideas. Although we strengthened our bands as one group over time, it was not until the last day of the national competition that we felt truly united as a team. But still in that moment I felt something I had never felt before, and we knew that debate had made us whole.

As you can see, debate has allowed me to think from various points of view and to make friends. This is why I fell in love with debate and why I strongly recommend that that you try debating. But don't you ever dare to steal my boyfriend!

Do you know anything about English debate? I actually did not until last April when I joined the English club. But after I did, debate intrigued me so much that it is now one of my favorite activities. I have two reasons for loving debate, critical thinking and team spirit.

One of the most important factors of debate is critical thinking, which means that debate allows debaters to observe the society from various points of view, evaluate biased data and opinions and form neutral solutions. For example, I learned the importance of reading articles, even those of trusted newspapers. Before I started debating, I did not view the world with critical eyes, but now I can question the accuracy and prejudices of opinions and even data.

Team spirit is another factor that makes debate attractive. Through many practice debate matches and discussions, debaters learn to sense what others are thinking and to point out each other’s mistakes. In the end, they form a strong tie. My debate team also developed an unbreakable band. For me, the most notable moment of our debate experience is when we finally felt truly united as a team. We could feel this way at last on the final day of the national tournament, after so many practices and failures. Exchanging notes and deciding together what to say for the next speech, we could work together as one united team.

In short, through debate, you can acquire new perspectives and evaluation skills, as well as unbreakable bonds with your peers. Debate is worth the time and effort you put in it. So what are you waiting for?  Let the debate begin!

Debating has allowed me to improve my communicating skills and my way of thinking.

Good communicating skill is essential for debate. For example, attack speakers have to listen to the opponents' constructive speech, check their evidence, make attack speeches during the perpetration time and answer the questions the defense speakers asked. My listening, reading, writing and speaking skills improved during the matches.
Next I'll explain why I could improve the ability to think. Debate has the affirmative side and the negative side. We need to learn about both sides to do debates. Something is true seen from the affirmative side, but it might be false seen from the negative side. If we can’t see the problem from different aspects, we tend to have biased ideas. So this skill helps me greatly.

Debate, a discussion between by two teams of the affirmative and the negative, is now popular at high school. English textbooks suggest doing English debate, too.

But why? That’s because debate provides something which will develop your ability, such as avoiding viewing things from only one point of view, acquiring useful knowledge, and learning how to judge the information you got.

Debate is an "intellectual sport" judged in terms of which speech is more convincing. When you start debate, you don't know which side you will be on. So, when you prepare for debate matches, you always have to view topics form two viewpoints: for and against.

However, even if you can view things from some viewpoints, it is not guaranteed that you will be able to have a profound debate match. In order to be great debaters, you have to have enough knowledge. Debate topics are not always familiar ones. For example, basic income (BI), 18-age –adulthood, and PKO.  You often have inadequate knowledge about the topic. Of course, you can't have good discussion in that situation. So, you have to learn. But information we find is not always true. You have to judge whether the information is true or not. And when debating, you have to be careful of what the opponent is saying. Their information is not always true. You need the ability to check their reasoning and evidence.

Everyone, let's be "academically important" through DEBATE!! 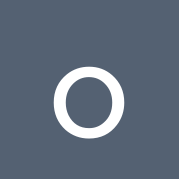 Since I became the leader of our club thisApril, I have felt a natural pressure that my team should participate in thenational cup. That pressure came from our senior members’ great achievements inthe national stages, which continued for eight years. Because we believe that weshould never cut that history, we tried to do our best. Of course, there werecountless hardships and uneasiness. Sometimes I couldn't just assume we wouldbe able to attend the national cup because of both our English speaking skillsand debating skills. However, my members, especially the sub-leader, helped megreatly. Now I believe whatever the outcome is after all, this experience hasgiven us an enormous reward of not only each member's achievements but also ofour self-belief.

I think I’ve got a lot of experiencethrough this match. I was nervous in every match, but I had been making effortsto speak aloud in front of the audience. Also, I had been searching forevidences and preparing for the match. It was an exciting match, and I learned thatmaking myself understood by others in English is interesting.

I learned the importance of teamworkthrough this match. I often thought I didn’t have the ability to play my roleas the summary speaker. I thought that someone else should play this importantrole. I always lack confidence. However, my team members helped me along andrelied on me in every scene.  Then, Ialso tried to contribute to my team. We all did our best performance shoulderto shoulder.  Although my team couldn’twin first prize, I am proud of having been a member of this team.

I think I learned a lot of things throughthis match, including euthanasia, about which I had had no knowledgebefore.  I would like to make use of thisvaluable experience in the future. 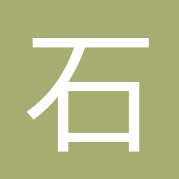 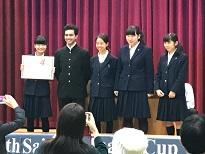 議題は
“The Japanese government should adopt a socialsecurity system that provides a basic income to all Japanese citizens.” On July 6th, we, the Omiya English club, visited the Croatian embassy in Shibuya. Croatia in Stela's home country. We are grateful to the embassy for letting us visit there on a busy day during the summer vacation.
We were led into a cozy-looking room, where the ambassador taught us many things about Croatia and Europe. There were talks on the economy, history, and the war in Croatia that created many refugees. Although these topics were complicated and difficult to grasp, they helped us know about the world a little better.
In addition to these topics, the ambassador shared interesting facts about Croatia  with us. First, he said that it was Croatian who invented neckties. He also said that Croatia's  largest export to Japan was tuna caught in the Adriatic Sea.

We thank Stela for providing us with a wonderful opportunity to learn about Croatia. We also thank the Croatian embassy for sparing time for us.
And finally, I thought it would be great if I could understand Croatian when I heard Stela and the ambassador chatting in their native language. I hope to learn some Croatian and visit the beautiful country someday in the future.
{{options.likeCount}} {{options.likeCount}}

“The Japanese government should adopt a socialsecurity system that provides a basic income to all Japanese citizens.” 英語部が参加している「HEnDA全国高校生英語ディベート大会」は毎年１つの論題について半年にわたり議論を深めます。13年度の論題は “The Japanese government should remove the tariff on rice imports.” 日本の農政やTPP交渉がめまぐるしく変わる状況下、コメの関税完全撤廃をめぐる微妙な議論を行いました。 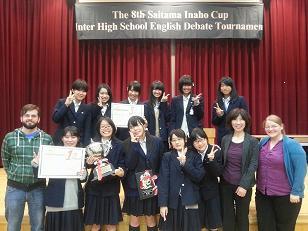